On the Oregon Trail

I don’t know where you can play it online. The one site everyone links to doesn’t work (the Firefox plugin link is invalid.) An alternate version is available, but I wanted to play the original in all its glory.

To play it on Windows XP, download the Apple //e Emulator and the Oregon Trail ROM.

Unzip the two files and run the emulator, then drag the ROM files onto the running emulator. That’s it. 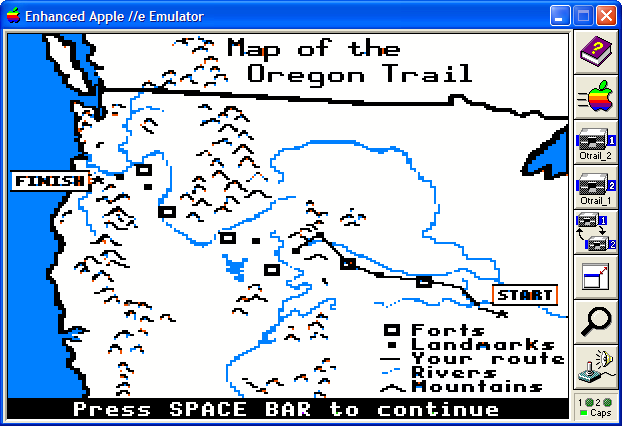 Partway through the game 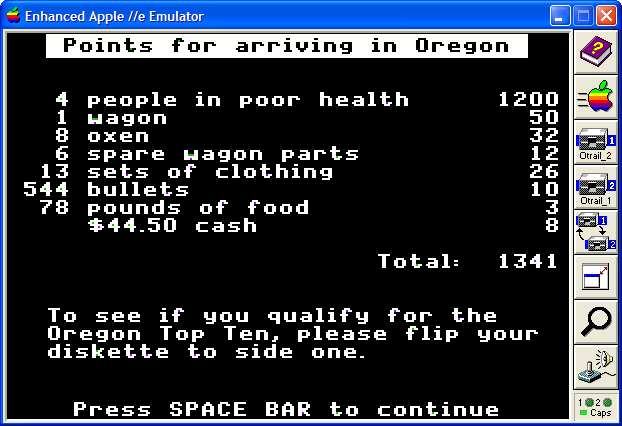 Final score: 1341. I should have read how scores are calculated. I was a banker, but farmers get triple score if they arrive in Oregon. Bankers get no respect.

With the emulator you can play dozens of classic Apple IIe games. Download the ROMs from ClassicGaming and drop them into the emulator to play.

You have to learn to listen, and listen to learn.
(See all the quotes)