Create Your Very Own Creature

I first learned about Spore from Will Wright, creator of the Sims game in this Ted talk. The demo was so impressive from then on I wanted to try it out myself. That day has finally arrived. Youu can download the free Spore Creature Creator and create your very own, one of a kind creature. After it’s done you can make it dance, sound its mating call, or just walk around a bit. Later on you’ll be able to play the game with your creature and have it interact with other players’ creatures.

Here’s a creature a friend of mine made. He named it George. 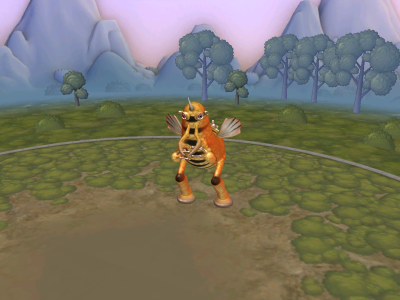 It’s so fun to make these, even Robin Williams got in on the act, and it was hilarious. He is one funny guy! Here’s a video of Williams making a Spore creature (warning: it’s a bit crude in some parts)

The Spore game will be available for the PC and I believe the XBox and PS3.

You don't know when you were middle-aged until you have died and divide by two.
(See all the quotes)