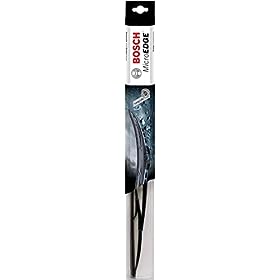 I bought a new pair of windshield wipers about six months ago when the old pair began to chatter. I decided to go with the Bosch Micro Edge Excel wipers, as they appeared to be the Cadillacs of the windshield wiper line. So far, I am very impressed. They have not chattered once, even if I turn them on with no water on the windshield. They don’t leave streaks and they handle snow and ice as well as can be expected. This is the best pair of wipers I’ve had, I just hope they continue to work well.

I also learned that a small pointy object works wonders if the wiper fluid nozzles aren’t working correctly. Both of the nozzles on the driver’s side wouldn’t spray any fluid, so I poked a screw into the holes and voila, zee nozzle, she is verking.