What Resting on Your Laurels Really Means 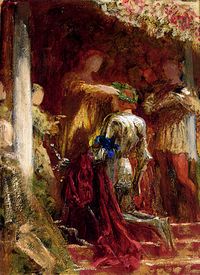 During Secret of the Wings they used the phrase, “resting on your laurels.” My 8-year-old son asked what it meant, guessing it meant sitting on your butt. I laughed because he’s obsessed with butts and said no, it meant they were being lazy and enjoying themselves without working. My explanation satisfied him, but I remained unsatisfied. I didn’t know what laurels were. If you don’t know either, here’s the explanation.

The phrase originates from Roman times when wearing wreaths made from the Bay Laurel leaf symbolized victory and status. The laurel is also the origin of a ‘laureate’, such as a Nobel Laureate, or a person who was crowned with such a wreath.

And though the phrase to rest on your laurels means to be lazy now, it was first used as a sign of respect and honor. When someone retired, they would speak honorably of them reposing on their laurels. It was only later that the term took on a less than respectable meaning.

It’s a little sad that a phrase initially used to honor respected elders is now used to insult those deemed inactive or unproductive, but that’s the unfortunate truth.

I gathered this information from laurels in Wikipedia and Phrases.org.uk.

Put not your trust in money, but put your money in trust.
(See all the quotes)