If you use the Android Epistle app to sync with Dropbox and it’s no longer working, read on.  I searched online to find out what was up and discovered the beloved app has been discontinued. Interestingly, the author created a similar app called Draft that costs $2.49. I’m all for supporting developers and have done so many times, but Matteo Villa went about this the wrong way for his current users. I don’t know the details that led to his decision, but it left a bad taste in my mouth. I’m not the only one who felt that way based on the most recent reviews. 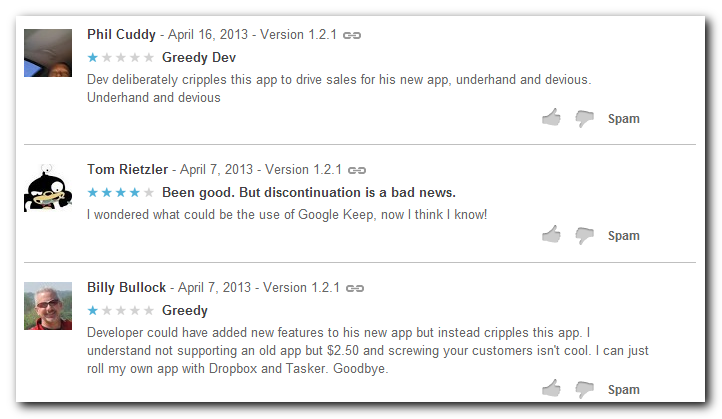 Epistle has been uninstalled and in my search for an alternate solution I found that the native Dropbox app has a built-in text editor. It’s spartan, but syncs text files and lets you edit them even when you’re offline (as long as you edited the file recently). It’s not great, but it works for me.

If a man says something and no woman hears him, is he still wrong?
(See all the quotes)