Where’s the quality control at the mini carrots factory? 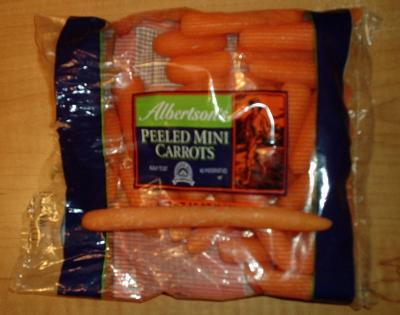 The carrot on top of the bag in the picture does not qualify as a mini carrot in my book.

I've never made a mistake. I thought I did once, but I was wrong.
(See all the quotes)