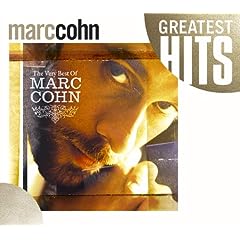 When I tell people I’m a fan of Marc Cohn, they usually say they’ve never heard of him. Then I explain that he sang “Walking in Memphis” and a glimmer of recognition appears on their face as they say, “Oh, I know that song.”

Well, Cohn is at it again after his longest break yet. His fourth album will be forthcoming, but in a forward-thinking move he and his management have shown who matters to them. They have given an MP3 to his fan web site (he doesn’t have an official one that I know of) to be made freely available for download for one month. The song is One Safe Place, and the lyrics are there too. They’re short and sweet, just like the song.

Get it while it’s hot. Remember, it will only be available on that site for a month, starting today and ending on April 17, 2004.