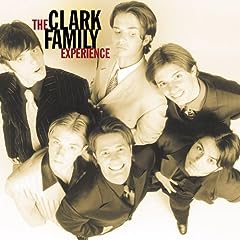 I’ve become infatuated with a song I heard on the radio called Goin’ Away by The Clark Family Experience but I couldn’t find the MP3 anywhere. The most I found is a 40-second clip of the song (requires RealPlayer) . I’ve listened to it over 50 times already and it’s not the first time this has happened. I hear a song I like, download it and listen to it over and over, as if it were an addiction. I crave listening to it and if I really like the song I don’t get tired of it and usually buy the CD. That’s one reason I have so many CDs.

The reason it’s so hard to find is that the The Clark Family Experience album won’t be released until August 31st. It is on the May 2002 Country Promo Only CD (track #12) but you’re supposed to be a DJ to buy those. Gosh darn it I want to hear the whole song.

Anyone have any ideas on where to find it? What songs are you addicted to? Maybe I can download those to tide myself over until the album is released.

The world is my country, all mankind are my brethren and to do good is my religion. -- Thomas Paine
(See all the quotes)